Todd Gack was on the ball enough to put together a video recap of our snowboarding trip to Utah. Nice work, holmes.

Time is moving at warp speed right now, and given that I don’t have the spare resources needed to do a proper write up on the Honky Mofo Snow Possee’s 2007 winter trip to Utah, I leave you with a bulleted outline and some choice photos.

Sunday (SFO –> SLC)
* Pedro D grabed cab to Oaktown for a flight back to LA before anyone else woke up.
* Me, James & Fiona called up a van for us and our gear, swung by Cho’nuff‘s, headed to SFO and were off to SLC.
* Landed in SLC, found Travis, picked up the Ford Exped.
* Did a big round of grocery shopping at Dan’s.
* State liquor stores are closed on Sunday, so all we could get our hands on was 3.2% “regular” beer, or a whopping 4.0% “microbrewed” beer. We did get a kick out of Polygamy Porter though. At least someone in the state’s got a sense of humor.
* Ate fajitas, prepared by Todd & Kim Gack.
* Watched Snatch (on our sweet 50″ plasma tv!). 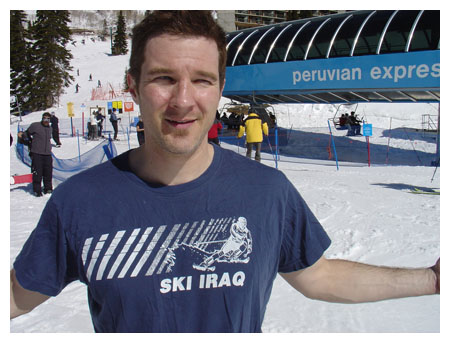 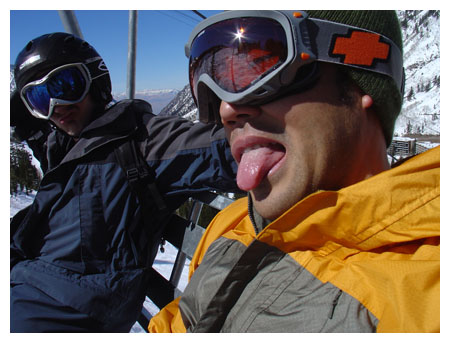 Monday
* Rode at Snowbird, spring like conditions.
* Hit the state run liqor store up for some proper booze. I even found Pusser’s Rum, which I haven’t seen since our BVI trip 5 years ago. Yah, mon!
* Ate Pasta and Salad, prepared by Shawn & Me.
* Watched Borat. 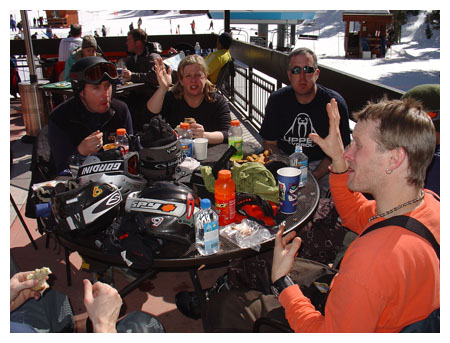 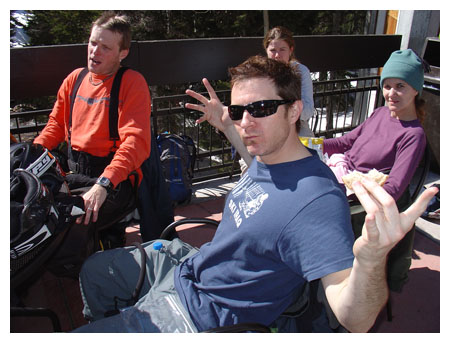 Tuesday
* Rode at Solitude, spring like conditions.
* The local news crew was at the base lodge, and the reporter stopped Cho’nuff to ask him what he thought about global warming and how it’s affecting the Utah ski slopes. In usual Cho fashion, his reply was worded in such a way that only those who know him realize that he’s being a sarcastic asshat. They were still able to pull around 5 seconds of airable footage that went live that same nite. Woo hoo!
* Ate Burgers & Sausages, prepared by Prikkel the Pickle.
* Watched Office Space. 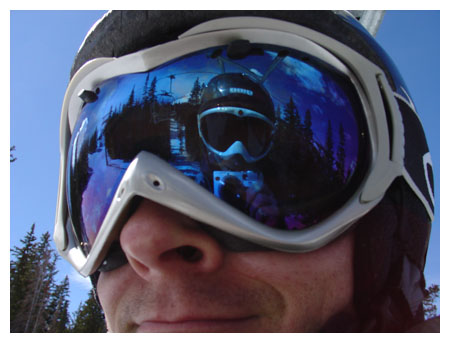 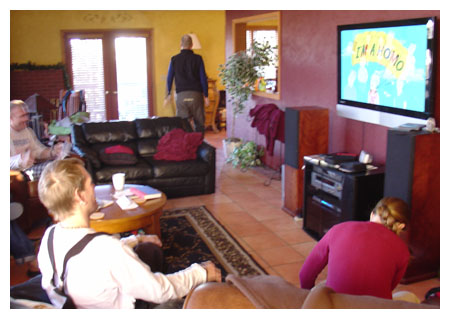 Thursday
* Rode at Snowbird, not as spring like, and mighty icy.
* BK and Master D and the rest of the NYC possee showed up in full effect, although BK’s ear’s killing him.
* Ate Marinated Pork Loin Goodness, prepared by Kim Gack.
* Watched… did we watch anything? 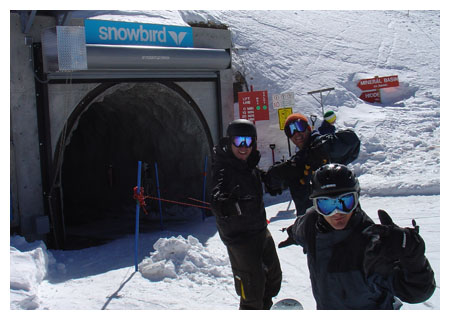 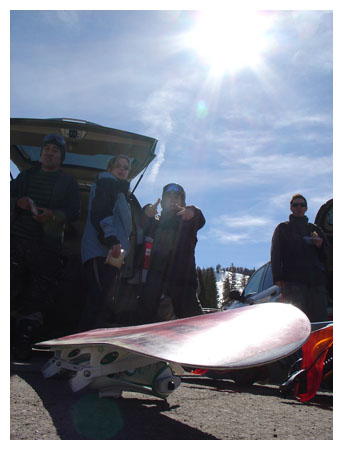 Saturday
* Rode at Solitude, flat out hot.
* BK didn’t make it to the slopes, but he did to the hospital. Deep inner ear infection… PAINFUL!
* Actually went out to eat. Market Street Oyster Bar. Damn tasty for SLC being so land locked.
* Grabbed a St. Patty’s Day beer with Cho & the Blokes.
* Arrived home, everyone else was asleep, so we drank the last of the Silver Bullets (well, I did anyways). 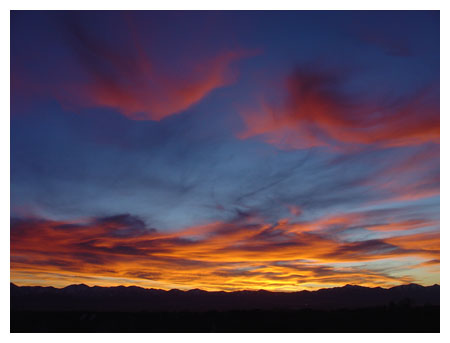 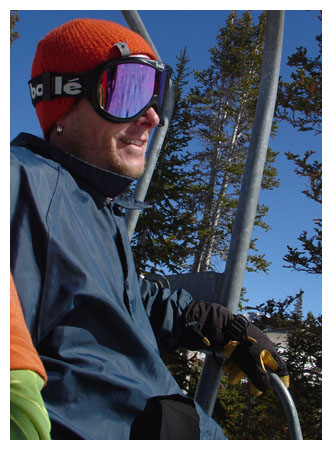 Sunday (SLC –> SFO)
* Me, Cho, James & Fi dropped Travis off at the airport… and then he missed his plane.
* We made it back to SFO without incident.
* Dropped off Cho.
* Dumped our stuff off at the pad.
* Said “wassup!” to So! and Jackie.
* Hopped on the N-Judah to Cole Valley.
* Lunched at Citrus Club followed by Upper to Lower Haight Street crawl.
* Picked up some Mexican grub.
* Crashed out. Hard. 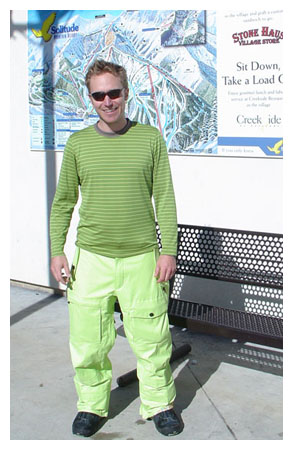