I recently joined the ranks of 95% of the Mission dwelling hipsters, and got myself a fixed gear bike. I said I’d never do it, but the amount of time I spend city riding these days, plus the fact that Swobo, a bike clothing company that I’ve much loved during both their 1st and 2nd incarnations, introduced an insane line of city bikes were major factors in leading me down the path to stripped down no brake bliss.

I’ve been intrigued by track bikes since me and a bunch of my BMX buddies went and saw the bike messenger film, Quicksilver, for my 14th birthday. But, because I’ve always treated my bikes as take me on-road, off-road, down stairs, off drops, over jumps and pretty much anywhere else vehicles, I never really thought much about getting one lest I beat it unusable (which I quickly did with my one road bike when I tried to bunny hop it over an 8″ curb at speed).

Anyways, one of the bikes that Swobo released was their fixed gear Sanchez model. It’s got a really cool lookin’ Galvanized frame with white rims, chain & handlebars and a seat that’s outfitted with a bottle opener. A friggin’ bottle opener. Tizight.

The more I thought about getting it, the more I was like, “well, a fixie should be a custom thing and if I do it right it will really mean buying everything separate and putting it all together”… and then So! brought me to my senses. She said, “yo!, your time is very limited these days, so if you want it, then just get it and be done with it.” I’m so glad I listened to her. I finally picked my Sanchez up a few weeks ago, and the thing is a blast!! A few sketchy moments on the first couple of rides, but I’m finally getting the hang of it. It’s seriously been a long time since I’ve been really challenged by my bike, and I am stizoked to be this excited about riding again. Let’s just hope I can figure out how to stop the thing… 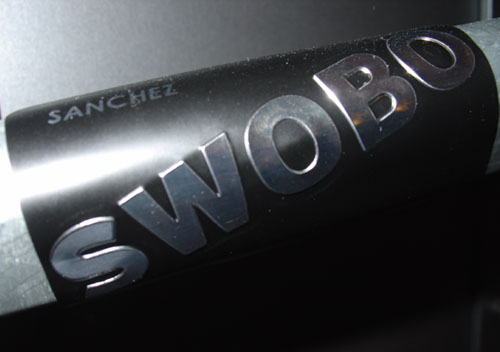 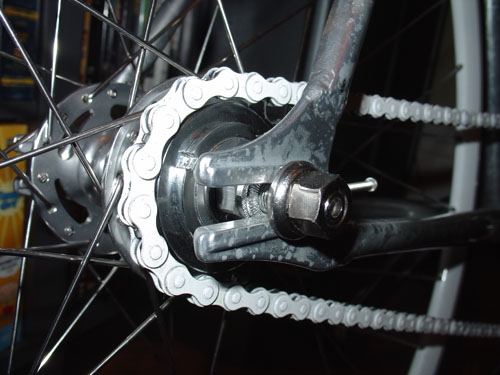 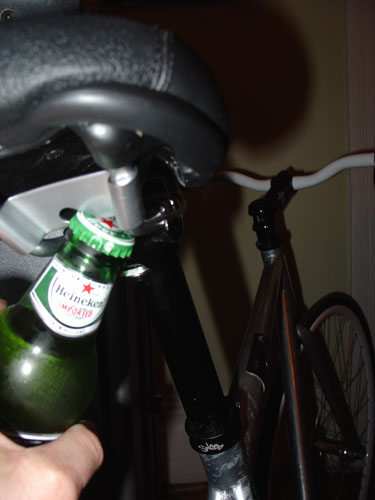