I remember first hearing about the new Muni Light Rail line that was to connect downtown SF with Hunter’s Point via the Third Street Corridor back in early 2000. It was just a few weeks after we had started up macroplay.com (RIP) over in Potrero Hill, and we were all super stoked that we’d soon have a decent public transit option for quickly getting to and from work. Well two years came and went, 911 took place, the bubble burst, and macroplay went down with the ship. Sadly, it all happened before the new Light Rail was ready… sadlier, it was about 5 whole years before it was ready, in fact.

So here we are in April, 2007, and the new Muni T-Third rail line is finally open!! Yay? Um, not really… not only was this project over budget and behind schedule but the first few weeks of service have been a nightmare of a debut, frought with bottlenecks, delays, confusion and some extremely frustrated passengers.

But I’m not here to talk about all that. Why I’m writing this is because through all of the conversations and news coverage and fanfare and other blah blah blah about the T-Third rail and the new Mission Bay and connecting downtown SF to Hunter’s Point via the redone Third Street, there’s one thing that I’ve yet to hear mentioned by anyone: WHO FORGOT TO PUT IN THE BIKE LANE?

Wow, for a city that has led the way in the introduction of bike lanes over the past 15 – 20 years, this is a huge oversight. Or maybe it was intentional? The Third Street corridor hasn’t historically been the most highly travelled or densly populated part of the City, so I can see how it would have been off of the radar of the SF Bike Coalition and other groups that have done an amazing job of fighting for safe biking in SF. I can see Willie Brown and his cronies back in ’99 or so thinking, “You know, adding support for a bike lane on either side of Thrid Street is gonna cost a lot of money as well as take up precious space. Sure we’re essentially ripping up the whole thing, putting in new sewage and other infrastructure and re-laying Third Street, but the SF Bike Coalition is looking the other way right now, so…”.

So now we’re left with a newly paved two way street, that’s wide enough to fit two lanes of traffic, and some curbside sewage/water drains. Yup, the sewage drains won out over the bikes. Sure, the water needs to go somewhere, but does it really need to be collected a foot and a half out into the street? There’s no doubt that bikes are going to come down this road… hell, I ride down it at least once a week. And when Mission Bay fills out and traffic really starts flowing, and people are strolling down the sidewalks and bikes have nowhere to go, there are going to be accidents. And they ain’t gonna be pretty. Gavin Newsom’s possee needs to wake up and do something about this while they still can.

Let me take you on a little photo journey starting at 16th & Third, heading north to the ballpark…

There’s a flat sewage grate up there, but looks pretty wide other than that. 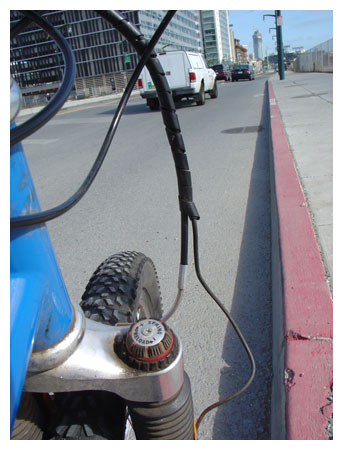 Drivers are leaning left in the lanes, which makes it wide enough for all of us. 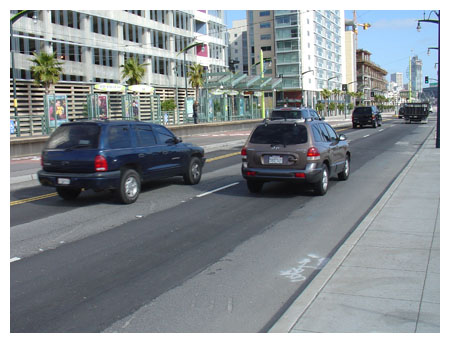 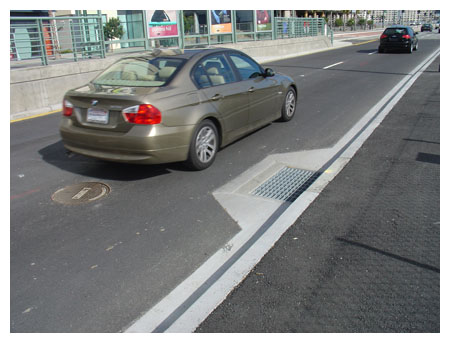 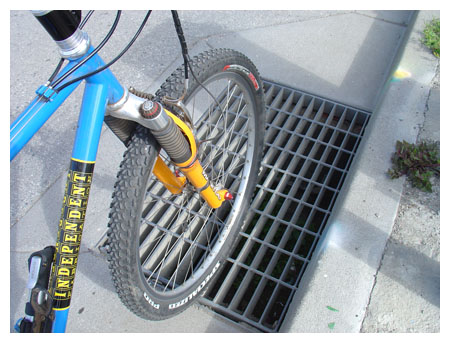 Ok, guess I’ll just get used to rolling over these grates. At least there’s plenty of space that way. 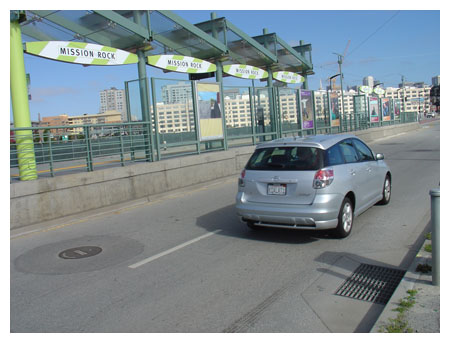 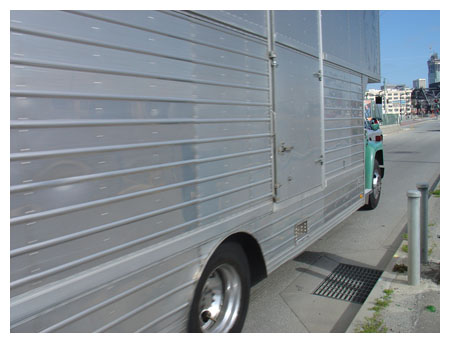 If you’ve found yourself groovin’ along to any type of sample-based music over the past 20 years, whether it be hip-hop or electro or drum & bass or jungle or pretty much anything else that’s not strictly guitar + bass + drums, then you’ve got to check out this 20 minute clip on the history of the infamous “Amen Break” 6-second drum sample. Amazingly insightful stuff, and a damn good history lesson to boot.

This fascinating, brilliant 20-minute video narrates the history of the “Amen Break,” a six-second drum sample from the b-side of a chart-topping single from 1969. This sample was used extensively in early hiphop and sample-based music, and became the basis for drum-and-bass and jungle music — a six-second clip that spawned several entire subcultures. Nate Harrison’s 2004 video is a meditation on the ownership of culture, the nature of art and creativity, and the history of a remarkable music clip.

You can thank my pal Satya for hookin’ this one up. Nice one.