A few weeks ago I made a couple of much needed upgrades to my person that have amazingly enhanced my day to day cycling experience. 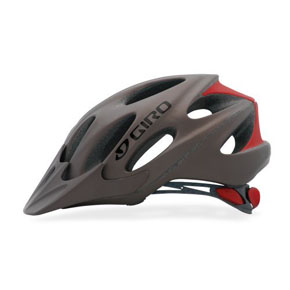 First off, So! got me a new helmet for my birthday. My old helmet was a 2000 Giro E2, and it served me well, but it was on its last legs and was completely unsafe — the velcro side straps were no longer sticking, the left hand visor tab was broken and it would would only stay put on my head when I, and everything around me, was completely still. My new one is super tizight though. It’s a large(‘cuz my melon’s so big), Matte Sepia 2007 Giro Xen, and is light years better than my old brain bucket. When I opened the box and slid it on, I could immediately tell that Giro has learned a few things over the past five years. The side straps that used to be held on by velcro are now fed internally, and the updated RocLoc system, coupled with the deepness of the helmet, makes for a secure and snug fit, even before the chin straps have been engaged. My head feels safe again, for the first time in a long time. 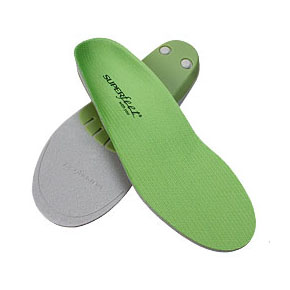 Secondly, I dropped some Green Superfeet insoles into my Sidi Dominator Mountain Bike shoes, and holy crap, what a difference. I had been riding with the stock insoles, which are really nothing more than a piece of thick felt cut in the shape of a footbed, since I got these shoes over three years ago. And after the first year of daily use, they had curled up and folded in on themselves, making them more useless than they were to begin with. I don’t know why I was being such a cheap ass and letting the $35 price tag keep me from doing this sooner. I did the same thing to my snowboarding boots last season, and have had nothing but good times ever since. It’s amazing what some good arch support and shock absorption can do for even the shortest of bike rides.