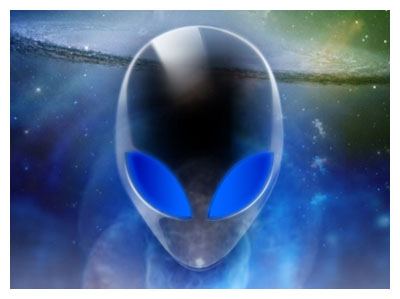 My Dell Precision 620 was creeping up on it’s 5th anniversary as my home workstation, and I was starting to get the feeling that it was time to look for a more modern replacement. The 21″ CRT and Full-Tower Desktop configuration had grown too bulky for me, and I was to the point where I couldn’t justify any more component upgrades. I wanted something speedy, that had tons of RAM, a small physical footprint and would allow me to be easily untethered from the desk in my home office. It was back to the land of laptops.

Being the type of person who typically likes to support the lil’ guy (or rather, anyone other than one of the biggest guys), I immediately ruled out Dell, HP/Compaq and Sony, and quickly determined that I was going to go with an Alienware running Windoze or one of them fancy new MacBook Pros. Turns out that So! was in the market for a new laptop as well, and she was dead set on the MacBook Pro, so I opted to go the Alienware route.

My first stab at configuring a new system on the Alienware website left me with a fully decked out 17″ behemoth that put me in the $5200+ US range. Super sweet, but almost as heavy as my old workstation and close to twice as much money as I had to spend. After I picked my jaw up off the floor and re-tweaked some things on the configurator, I came out with a bad ass 15″ Area-51 m5500 for under 3k. Sold. Estimated ship date, 2 weeks.

4 weeks later, and about 87 visits to the Alienware shipping status site and my machine was on its way… woo, hoo!!! Only one problem: it was being shipped from Miami to San Francisco, via UPS GROUND. I thought, “I’ve waited this long, so what’s the big deal with hanging on for 10 more business days for my super cool laptop that was lovingly put together by a somewhat mom and pop computer company?” And I waited.

8 business days later, I show up to work and I’ve got a stack of emails from friends and coworkers all letting me know that Dell has purchased Alienware. WTF?!?

2 business days later and my new machine arrives. It’s almost everything I wanted it to be, other than one thing: Dude, I got a Dell. Damn.

I finally got around to sending off the ponytail of hair that was butched from my head earlier this year to Locks of Love. About two weeks later I received my Certifcate of Appreciation in an email. That whole 4 year hair journey was definitely worth it. Sweet.